Transport your guests to the golden age of vintage Las Vegas when the Rat Pack were crooning live at The Sands and the original Ocean’s 11 was on the silver screen with our Las Vegas – Retro backdrop.

Las Vegas – Retro is a dazzling scene that will take your event attendees on a nostalgic tour of Las Vegas and its renowned historical venues. Perfect for a 50th birthday or old-style Poker night, it’s one of Backdrops Fantastic Australia’s incredible series of Las Vegas inspired backdrops.

At the centre of Las Vegas – Retro is the old Oasis Casino sign that stood on the West Mesquite Boulevard. Neon palm trees border the name which sparkles in gold, Las Vegas glows in hot pink, and fireworks explode in blue and purple. Behind it lies a star-spangled night sky. The casino’s doorway lies below, tempting gamblers and thrill-seekers inside. The foreground glows with reflected lights.

The trip down memory lane of mid 20th century Las Vegas continues with the bright lights of the neighbouring Dunes Hotel sign. It advertises a performance by French singer Line Renaud in the old Casino de Paris. Also promoted are American big band leader Russ Morgan and Vive Les Girls. These acrobatic French dancers became one of the longest running shows on the strip.

Shining on the right of our backdrop is the famous sign of The Sands Hotel and Casino, with its tagline lifted from the Hollywood film A Place In The Sun. Return your invitees to the era when the Rat Pack’s Frank Sinatra, Dean Martin, Sammy Davis Jr., Peter Lawford and Joey Bishop were still doing live shows. Their names are up in lights, above those of fellow Oceans 11 stars – Jazz trumpeter Jonah Jones, singer Norman Brooks and vibraphonist Red “Mr Swing” Norvo. With the release of this classic film in 1960, The Sands gained iconic international status. Its famous casino Copa Room was the place for performers of the time, where you could see the likes of Harry Belfonte, Nat King Cole and Jimmy Durante. Later, when celebrated billionaire Howard Hughes bought and expanded it in 1967, The Sands became a major Las Vegas landmark.

These legendary Las Vegas venues are gone but not forgotten and memorialised in our gorgeous Las Vegas – Retro backdrop. Your guests will be rubbing shoulders with old-school celebrities of a stylish bygone era. They’re guaranteed to feel like a million bucks before this impressive 6m high and 12m wide structure. Contact Backdrops Fantastic Australia to have this or any of our other high quality backdrops – such as Rio Carnival, Pirate and Comic Book – arrive at your event in Australia or New Zealand. 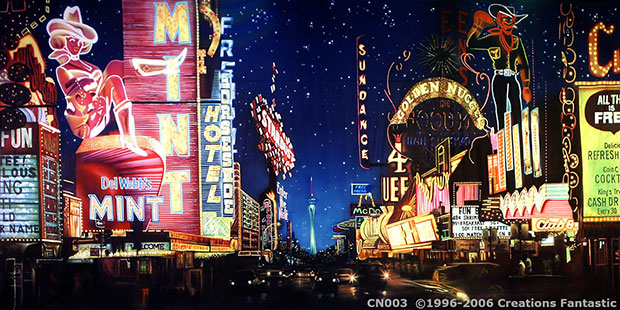 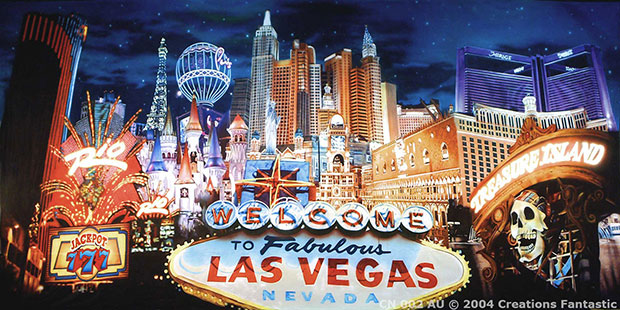 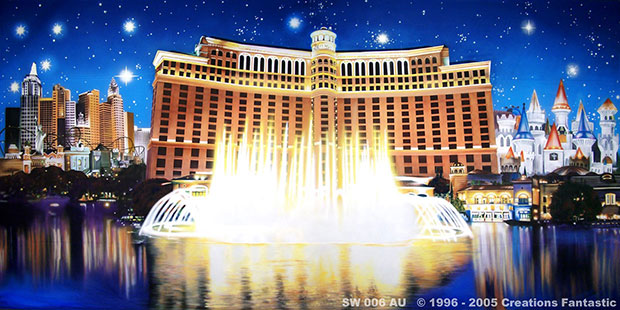